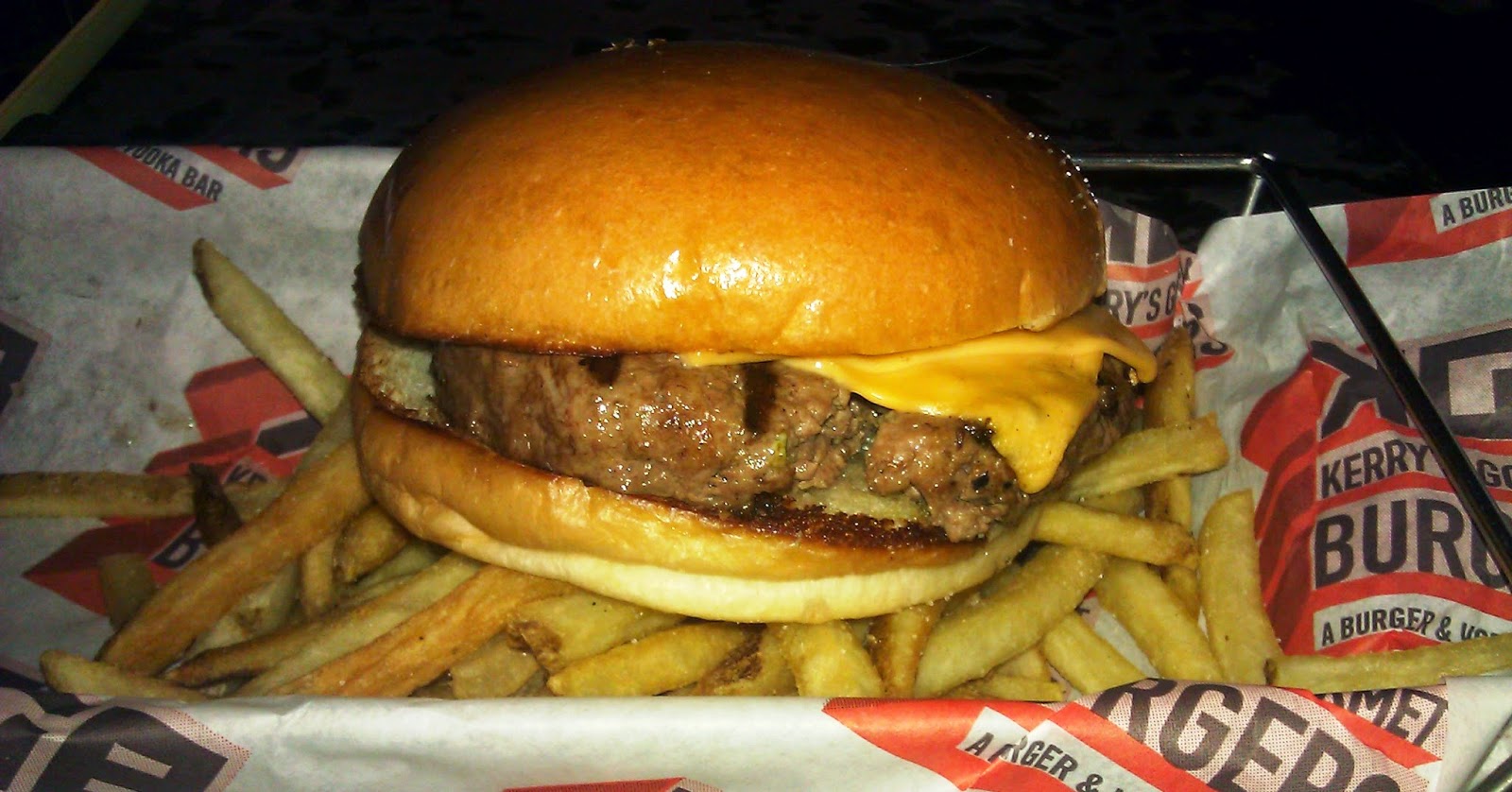 I hadn't been to KGB at Harrah's for about three years, and a revisit was in order. Happy Meal was happy to tag along to try what I remembered being a darn fine burger.

We spoke with the chef and confirmed that aside from higher prices, the menu and ingredients were largely unchanged from 3 years ago. We ordered a bunch of stuff and a couple of the $14 BYB (Build Your Burger) Burgers.

While waiting for our cheeseburgers, we tried a few of the appetizers. We started with Mac and Cheese Sticks. These were breaded, deep-fried, bundles of tasty Mac and Cheese with a cheesy dipping sauce to take things from good to great. 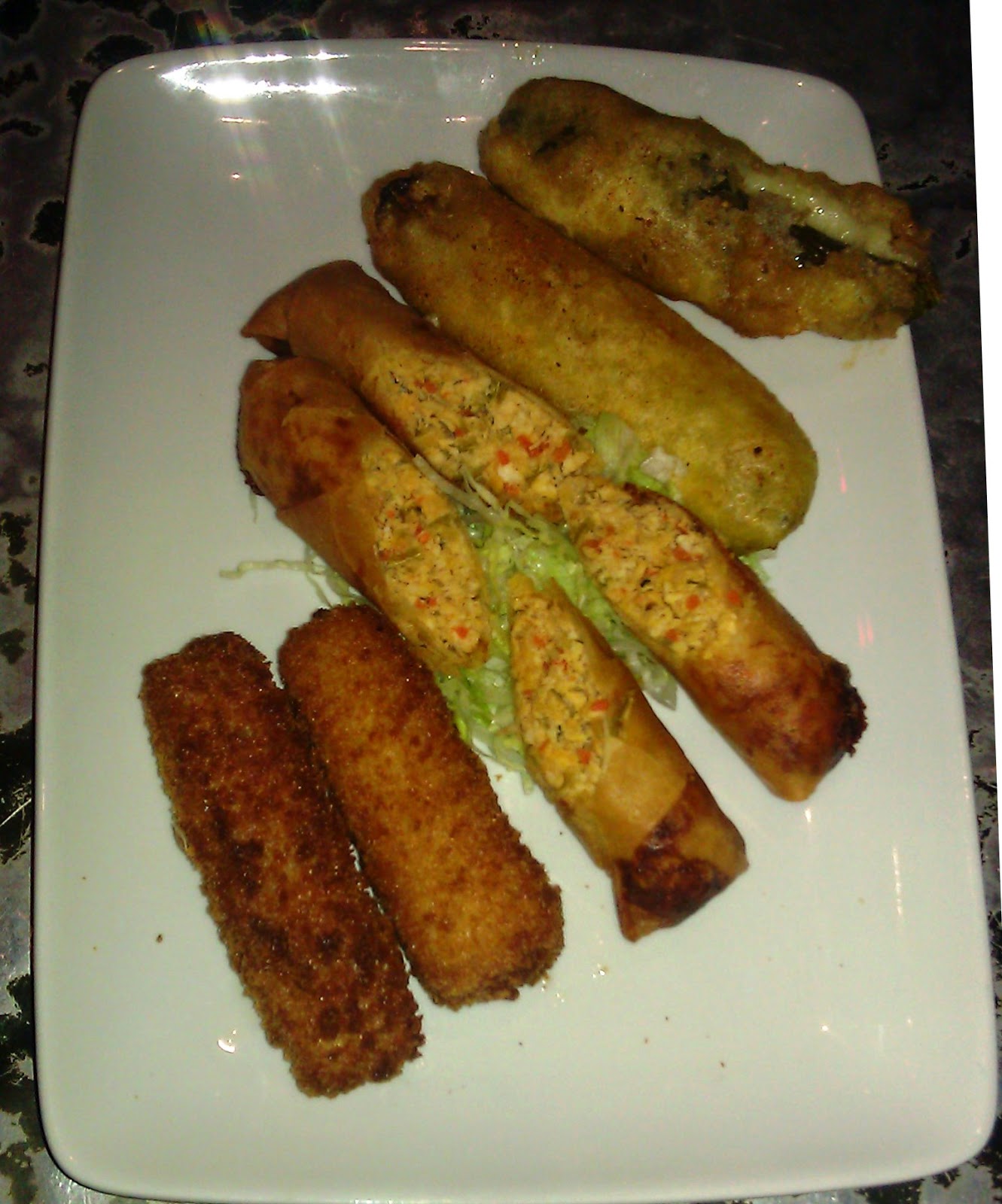 Next, we moved on to the Buffalo Chicken Rolls. These were crisp won ton wrappers stuffed with a generous portion of perfectly seasoned, shredded Buffalo chicken. The dish was deep-fried and served with a creamy dipping sauce. Solid winner!

From there, we sampled the Fried Homemade Dill Pickles. Why? Because sometimes you just need a big-ass, deep-fried, spicy dill pickle. The pair of massive pickle halves were battered and fried. I really enjoyed this.

Finally, we tried the Iron Chef Sliders. Owner, Chef Kerry Simon, had recently won with on Iron Chef America.  The sliders were perfectly seared, funky from the beer (Shiner Bock) infusion, and just chewy enough to provide substance. The cheese was a medium Cheddar, and the bun closely resembled a King's Hawaiian Roll. This was finished with a fresh tomato slice. All told, the sliders were a great dish.

Our burgers arrived shortly after we had plowed through the copious starters.

The Beef: The burger beef at KGB was still the All Natural, 100% Angus, Myers Ranch beef blend from Premier Meat Company  The blend was the familiar 50% Chuck, 25% Ribeye, and 25% Brisket. The fat content was 20%. The burger meat was strongly beefy, tremendously juicy, and rich in texture (nearly creamy). While there was no funk from aging, there was a nice steak flavor from the premium cuts of beef in the blend. The thick, uniformly round patties were cooked to a perfect Med-Rare.

The Seasoning: The exterior of the burger patty was hit with just enough salt and pepper to bring out the best in the beef.

The Sear: Drat. The sear on this burger was weaker than on the previous visit. The burgers were cooked on a too cool grill, and it just didn't get the Maillard Reaction going. This would have been a nearly perfect burger with a good sear. This was the same shortcoming that I had observed on my previous visit to KGB. 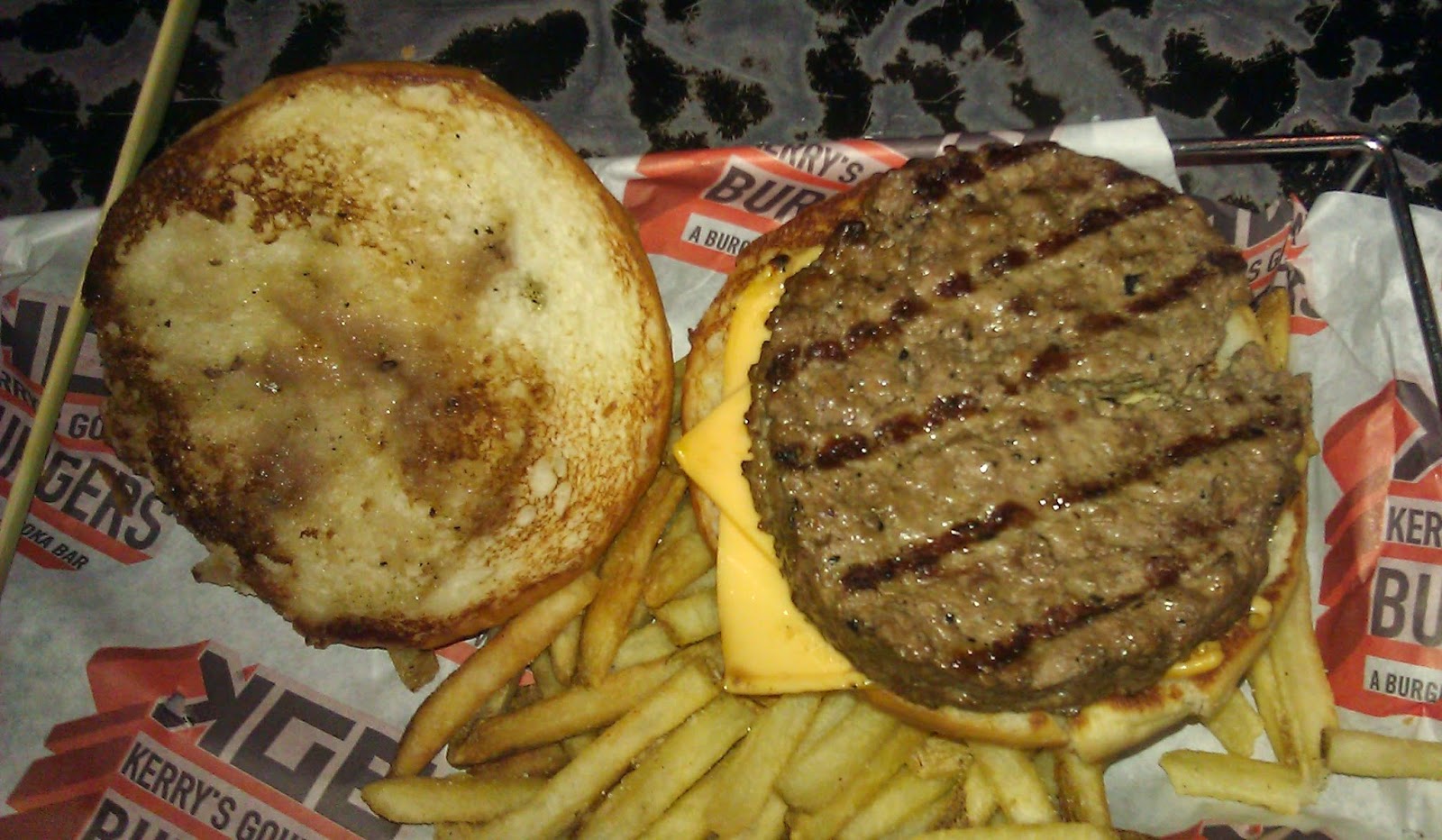 The Preparation: The pre-formed, 8-ounce patties from Premiere Meat Company were perfectly handled. The cooking temperature was perfect, and all of the vegetables were splendid. The quality of preparation and skill in the kitchen was strong.

The Cheese: Boom! Two slices of American cheese. This was what the burger required--big bun, big meat, BIG cheese. The American cheese slices were just right, and the cheese provided the notes of salt, creaminess, and iron that served to round out the bite.

The Bun: The source of the bun shifted from the old Imperial Palace (now The Quad) bakery to the on-site bakery. The bun was a tender, nicely toasted (around the edges), sweet, moist, fresh, unseeded, standard burger bun.

The Meat To Bun Ratio: The big, thick bun was a perfect match to the big, thick, juicy burger patty.

The Toppings: The Iceberg lettuce at Kerry's Gourmet Burgers was fresh and crisp. The tomato slice was hearty, red, and ripe. 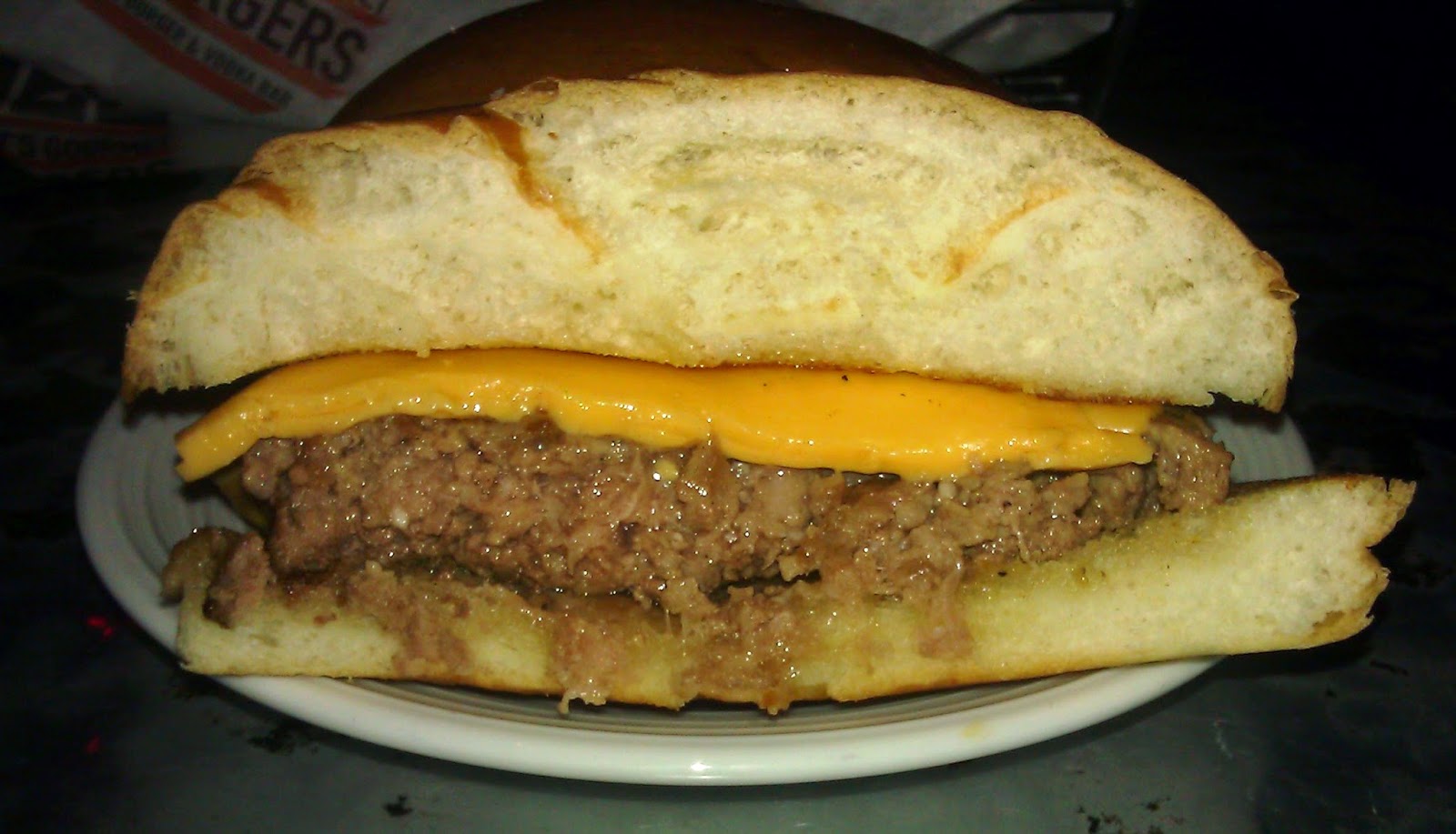 The Value: The $14 burger was $4 more than it had been less than 3 years ago. Still, the value was fine when one took into account the large size, the quality ingredients, and the amount of fries that accompanied the meal.

KGB: Kerry's Gourmet Burgers was consistent over the years. The high points remained the high points, and the low points continued to be the low points. Well...low point...that missing sear really bothered me. Happy Meal was pleased with his meal.

Burger Review : KGB at Harrah's produced a darn fine and generously portioned cheeseburger and fries for a fair price.