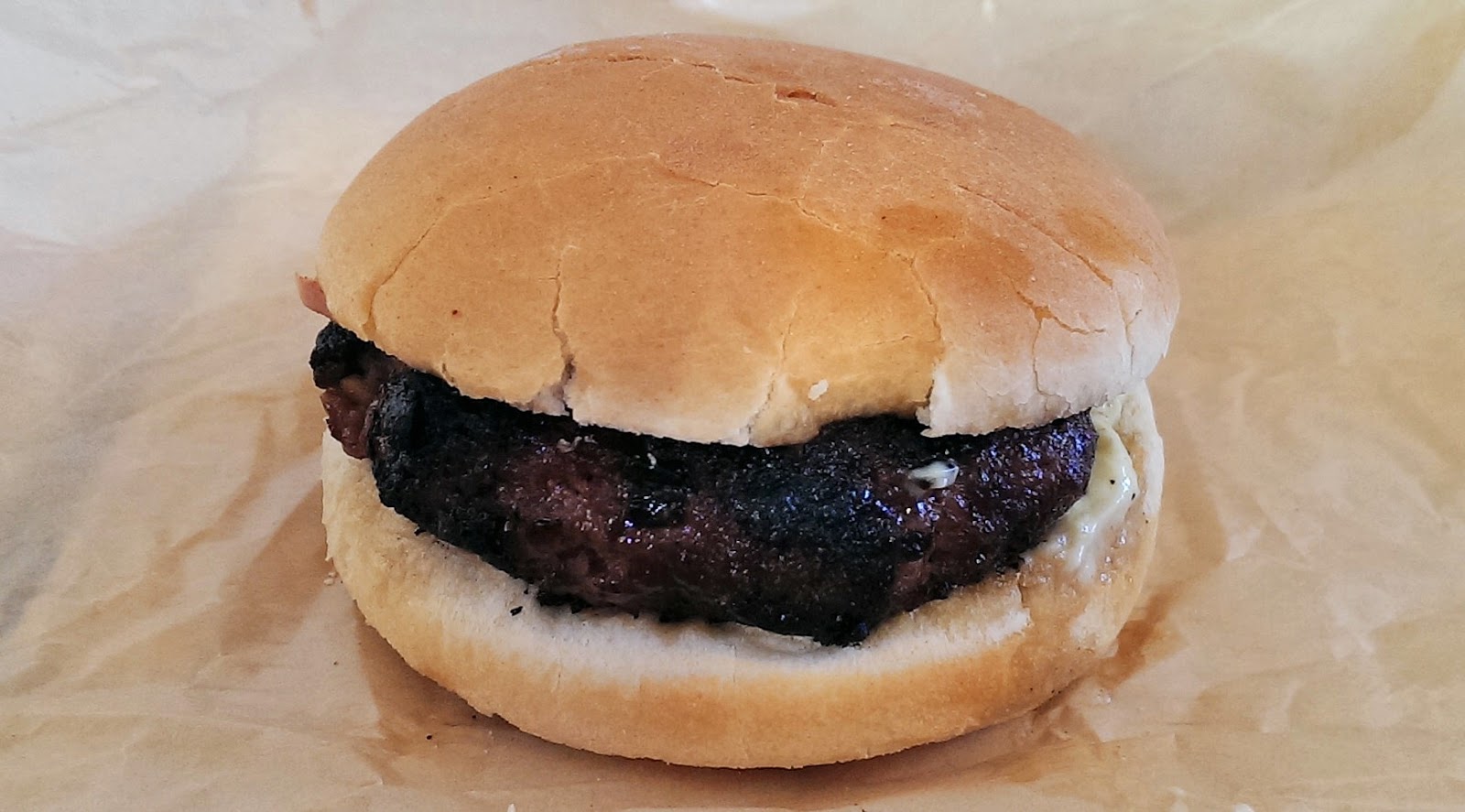 Seoul Sausage Company had recently won their season of The Great Food Truck Race (Season 3). It had also gotten a bit of attention for the Korean-style burgers. Happy Meal was a little reluctant to get out of his burger comfort zone, but I managed to charm him into tagging along. The "Little Osaka" location was just off of Sawtelle, and it had an abundance of free parking on the adjacent side streets.

We ordered a couple of the KBBQ Burgers ($7-beef), a soda, and a Spam Musubi Ball (fun). Seating was a challenge--6 seats at the counter and a bit of standing room in front. The "gentleman" seated next to me had an odd sense of entitlement regarding the shared space, and his resultant passive-aggressive jockeying was fun to watch and directly experience. Some folks just have a tough time with concept of sharing. Our burgers were ready at the counter in about 10 minutes.

The Beef: Seoul Sausage Company served up a 1/3 pound patty composed of about 4 parts marinated Short Rib, 1 part Chuck and a fair amount of green onion. The fat content was somewhere between 20-25 percent. The bite was juicy, and that was a little surprising considering I had observed the cook pressing some of the juice out of my burger on the smokey grill. Aside from being juicy, the thick, irregular, hand-formed patty had a firm bite and a mouth feel of tender steak. Keep in mind that this was a Galbi burger. The flavor was all garlic, heat, and sweetness. The Short Rib's complexity and the beefy notes of the Chuck were dominated by the Galbi marinade so much that any flavor contribution from the beef was imperceptible. 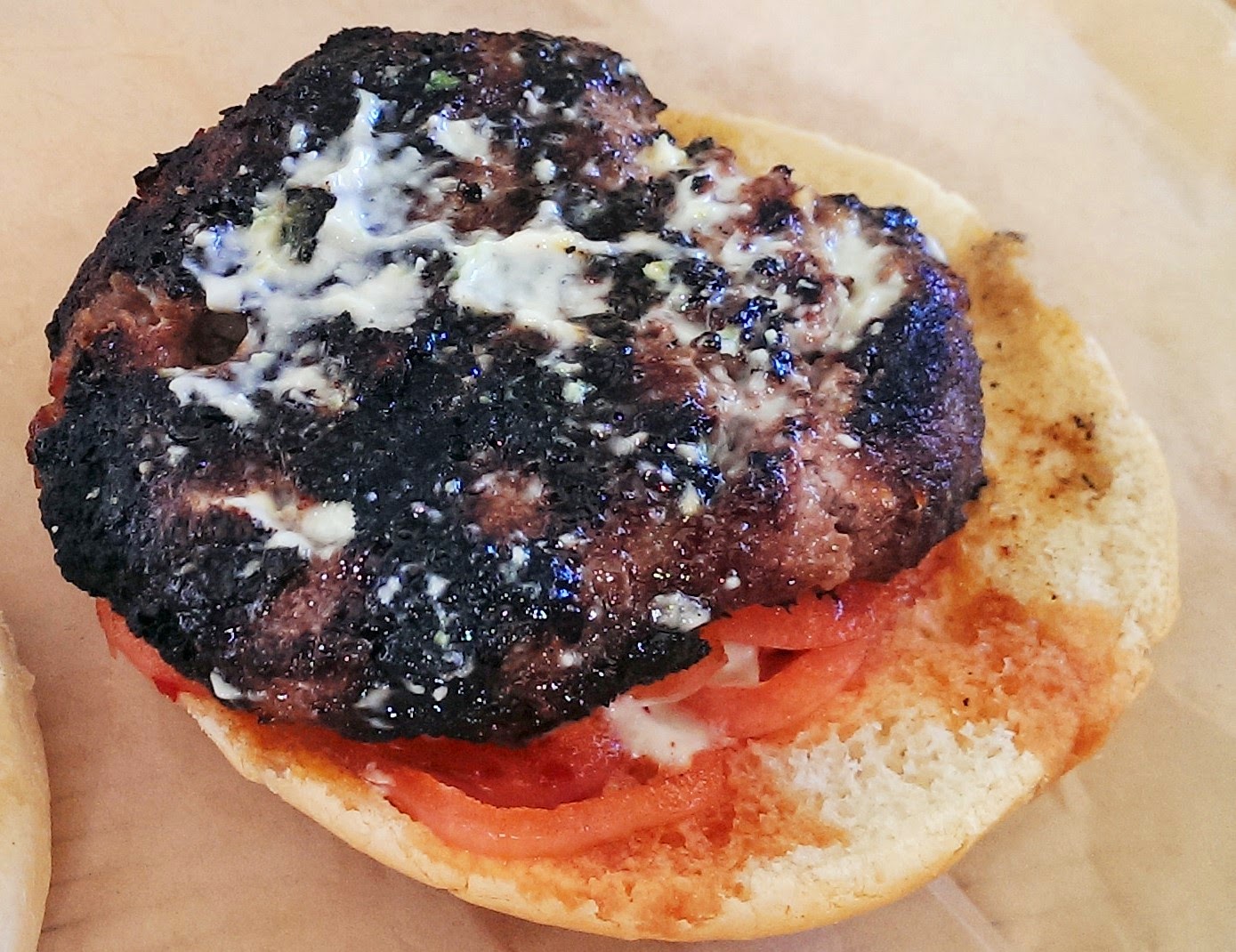 The Sear:  Heck yes!  The sear on the burgers at Seoul Sausage Company was crisp and dark. The fat and sugar content of the burger coupled with the high heat of the gas-fired grill created a bacon-like crust on the beef, and this was just right. The level of sear worked especially well with the heavily seasoned beef to produce something akin to a crisp sausage patty.

The Seasoning: The interior of the burger was composed of Galbi marinated beef. There was no seasoning applied to the exterior--it would have been redundant overkill.

The Preparation: The juicy burger patties were hand-formed just before they were placed on the intensely hot, cast-iron grates of the gas-fired grill. The beef was scarcely handled, and that resulted in a tender bite. The beef was marinated, ground, and blended on site. The burgers were cooked to a juicy Med-Rare. The burgers were flipped once, which was correct and delivered a thorough sear.

The Cheese: The was no cheese of the burgers at Seoul Sausage Company. There was a creamy jalapeno aioli, and I'll get to that in a moment.

The Bun: The bun was properly toasted and quite neutral. The soft, fresh bun had one job....keep the fingers clean while delivering the seasoned beef to my mouth. The bun did its job without making a big deal about it. Sort of what you'd like to see out of Joe Biden. 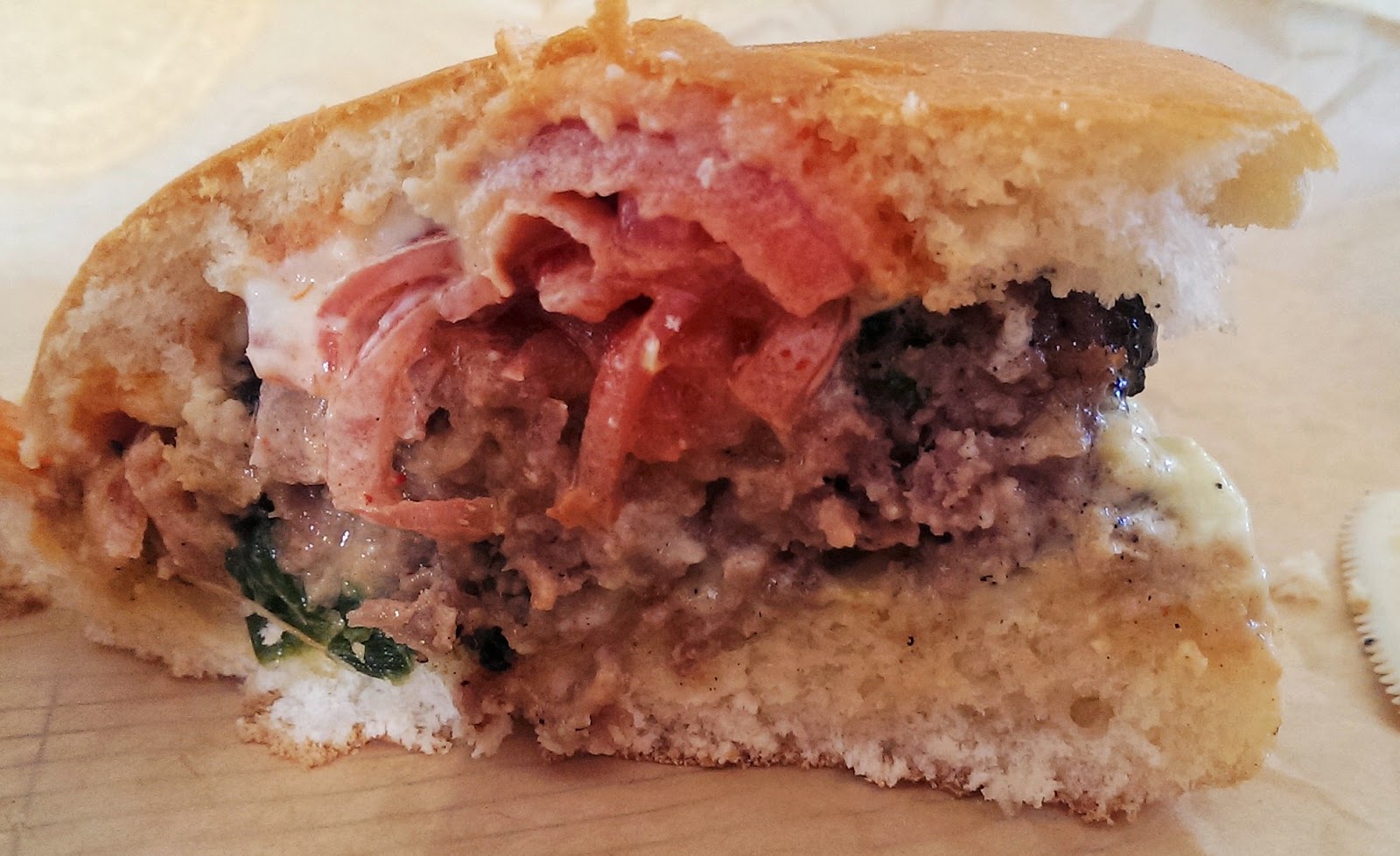 The Toppings: Our burgers came out dressed with thin strips of marinated, sweet and tangy,  red onion and a spicy, garlicky, jalapeno aioli. These toppings nicely complemented the sweetness of the Galbi beef. Again, this was a burger that didn't not taste like beef. It was all seasonings and toppings. This was not a bad thing, just not a burger thing.

The Sides: I would love to go on and on about the Spam Musubi Ball, but Happy Meal ate the whole thing before I could get a bite. He said it was great, and he really like the macaroni, which was blended into it.

The Value: It was a darn good Korean beef sandwich. The quality of the ingredients were in line with the pricing.

I wouldn't recommend Seoul Sausage Company to burger lovers, since the dish was really Galbi Beef in the shape of a burger patty and served on a bun for the sake of convenience and convention. I would recommend the sandwich to anyone that appreciates well executed takes on Korean classic dishes. At the time of this review, Seoul Sausage Company was preparing to launch a second food truck and a second location in downtown Los Angeles.

Burger Review : Seoul Sausage Company is not a burger restaurant, and they did not serve up a traditional burger. What they did serve up was a well-executed and strongly flavored interpretation of Galbi Beef.

Rating...3 Bites (not an average dish, but not really a burger)
Posted by Pete Neumann at Thursday, December 18, 2014 No comments:

I was bummed when The Omelette Parlor had closed late last year. It had long been one of my favorites.

I was delighted when I walked past the shuttered establishment to discover that BareBurger had plans to take over the space. I love the holidays. Also, I loved the food at BareBurger in NYC, and I hope it is just as good in Santa Monica. Spring of 2015 is the projected open time frame. 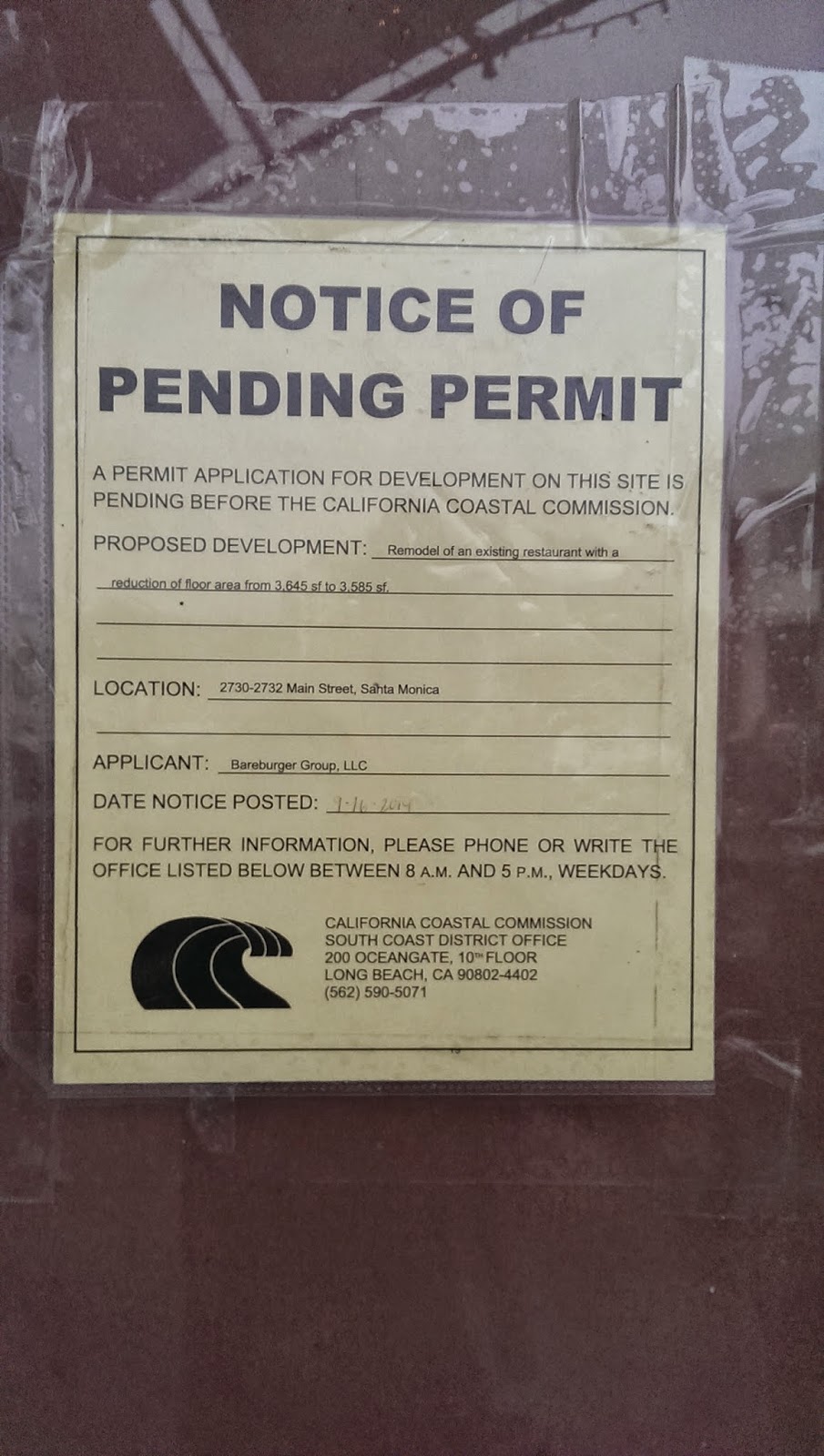 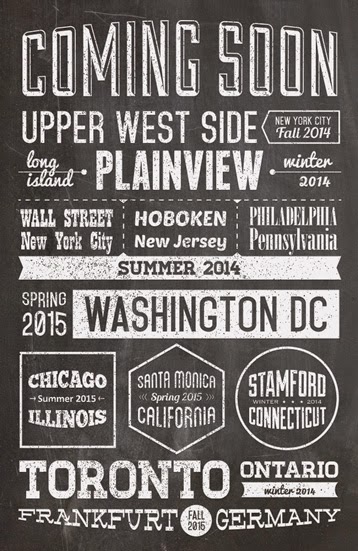 Posted by Pete Neumann at Tuesday, December 02, 2014 No comments: