Today, the youngest BurgerBuster (Happy Meal) and I headed out to meet a good friend in town from Montreal. As we headed down Wilshire, we noticed Literati Cafe, and we figured that they would have a balanced menu, which would make everyone happy. 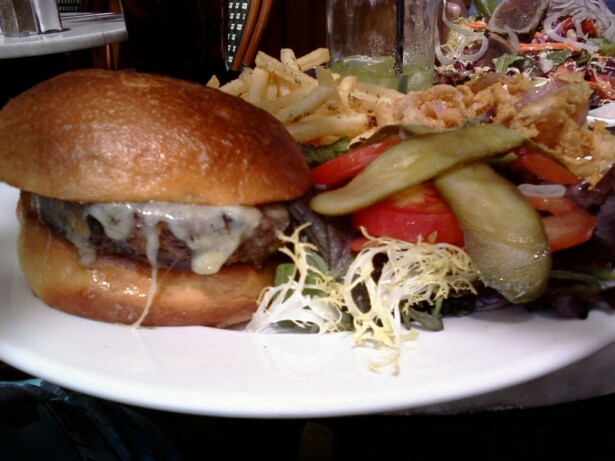 As luck would have had it, Literati Cafe had a couple of burgers on the menu, so we ordered a bunch of the $14 Literati Burgers. 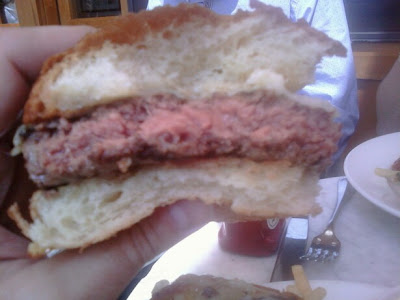 Burger Review : Literati delivered a merely OK burger, which cleverly concealed the most of the shortcomings of its beef. Being clever is not the same as being good. Fortunately for Literati, the cuisine bar in Brentwood was set VERY LOW in terms of burgers. It beat the hell out of cheeseburger serving neighbors Tavern and Barney's Gourmet Burgers. The fries were damn good.