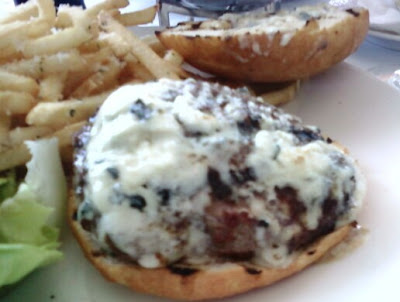 Dominique Crenn was named Esquire's Chef of the Year in 2008.  Esquire is all over the place when it comes to food--they thought that Le Tub was the second coming of Jeebus. One can only hope that she had nothing to do with the cheeseburger that was served during the lunch hour at Luce.

I was impressed enough with the kitchen's attention to detail at breakfast to schedule a lunch meeting at Luce. The potatoes were perfectly diced bordering on brunoise, and this spoke well of the guiding hand in the kitchen, or so I thought. 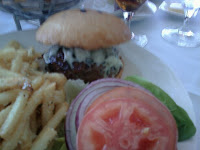 Burger Review : This was just a hotel burger and a lousy one at that.