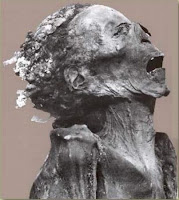 Save your money, folks. The burger at 25 Degrees was a sad affair. The service was both inattentive and poorly timed (crappy). But on to the food. Great rings and tasty fries. The burger meat itself was great--I was keenly aware that it was sirloin, and that was a good thing. Both burgers were overcooked (crappy), and the bun was a craptastic disaster (crappy). The top of bun was tough and dry enough to make a "thock" sound when tapped with a fingernail. It basically overwhelmed the burger with dry joylessness. The bottom of the bun, also a shamefully overbaked puck of parched, crumbling sadness. The cheese was not melted over the burger, but simply served as an unmelted pile of gunk at the center of the burger (crappy), which then had to be scraped from the bun and spread evenly over the patty to make it resemble a cheeseburger.

The high point is that the waitress must have stuffed two angels down the back of her pants to present such a compelling view. So, the highlights---Good sides, good sights, good sirloin.

Burger Review : 25 Degrees was weak and can be avoided.